© Evgeny Biyatov / Sputnik
Twitter’s “revelation” before the US Congress that RT spent thousands of dollars on promotion has “forced” Editor-in-Chief Margarita Simonyan to “come clean” that the news organization was also running ad campaigns on billboards, radio and even CNN.

“Twitter has just unveiled horrendous information in Congress – that we’ve been spending money on our advertising campaigns, just like every media organization in the world,” said RT Editor-in-Chief Margarita Simonyan.

“This is forcing us to go a step further and come clean that we also spent money on advertising at airports, in taxis, on billboards, on the Internet, on TV and radio. Even CNN ran our commercials. Somehow it did not cross our mind that in a developed democracy, regular media advertising can be considered suspicious or detrimental activity.” 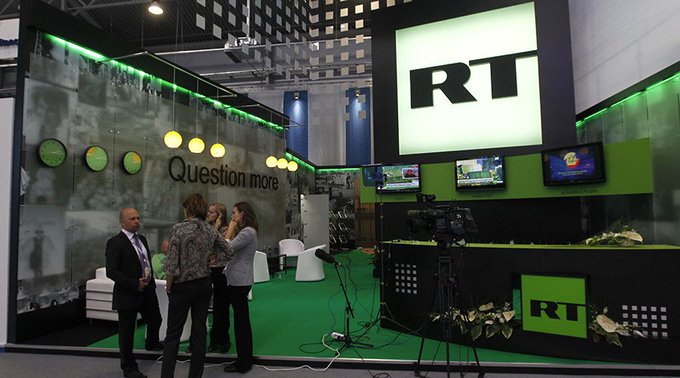 Labeling RT a foreign agent amid ‘witch hunt’ in US may pose real threat to its staff – Moscow https://on.rt.com/8ofz

“By the way, similar campaigns are conducted by the American media in the Russian segment of Twitter. It’ll be very interesting to find out how much they spend on it, who they target and for what purpose,” added Simonyan.

On Thursday, Twitter’s Vice President for Public Policy Colin Crowell spoke with members of the House and Senate intelligence committees, discussing the allegations of Russian interference in the 2016 US presidential elections.

After being asked to look into 450 accounts that Facebook flagged as fake and “suspected” Russian bots, Twitter found 22 corresponding accounts on their platform and suspended them for violating the company’s rules against spam. Twitter also suspended another 179 “related or linked accounts” that were in violation of their terms of service. None of the 201 accounts were registered as advertisers, the company said.

“Twitter deeply respects the integrity of the election process, which is a cornerstone for all democracies. We will continue to strengthen Twitter against attempted manipulation, including malicious automated accounts and spam, as well as other activities that violate our Terms of Service,” Twitter said.

Part of the revelations to Congress was that RT, RT America and RT en Español spent $274,100 for 1,823 US ads for their respective Twitter accounts that “definitely or potentially targeted the US market.”